Here's my review of The Kabute Farm's Mushroom Sisig plus a simple omelet recipe that's family-friendly.

Depending on how you want your mushroom sisig served, you can either just heat it for a slightly chewy texture like fatty pork sisig or you can fry it to a crisp if you want it crunchy. You can even serve The Kabute Farm’s Mushroom Sisig on a sizzling plate to complete the experience. 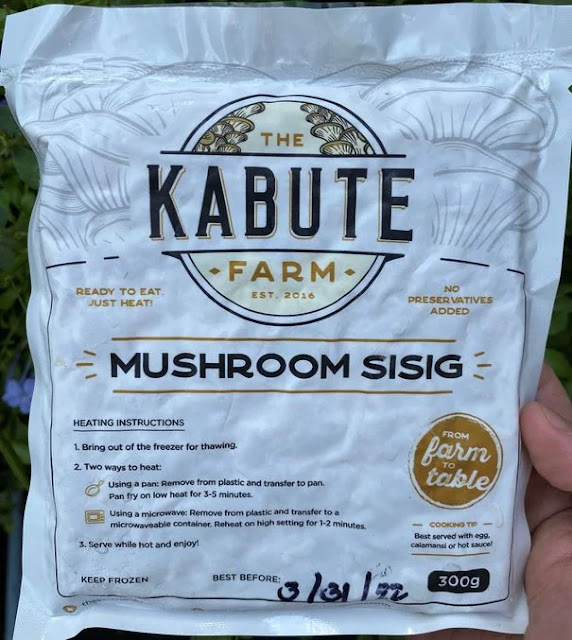 To those who are unfamiliar with sisig, it's a dish that originated from the province of Pampanga in the Philippines. It's made by grilling a pig's cheeks, ears, and belly.

The grilled pork parts are then chopped, mixed with grilled chicken liver, and seasoned with simple ingredients like calamansi (Philippine lime), onions, red chilies, and liquid seasoning. Sisig is usually served on a sizzling plate and either eaten with rice or with beer.

Despite the simplicity of this dish, pork sisig is very flavorful because of the fatty parts used. Even the late celebrity chef and TV host Anthony Bourdain said that "sisig is perfectly positioned to win the hearts and minds of the world as a whole."


Pork sisig is one of my most favorite Filipino food

I love sisig. In fact, since tasting pork sisig for the first time during my college years, I instantly fell in love with it as well as its other variants like lechon sisig, tuna sisig, squid sisig, bangus sisig, and even tofu sisig. I like the combination of fatty pork bits, chicken liver, onions, and chilies. 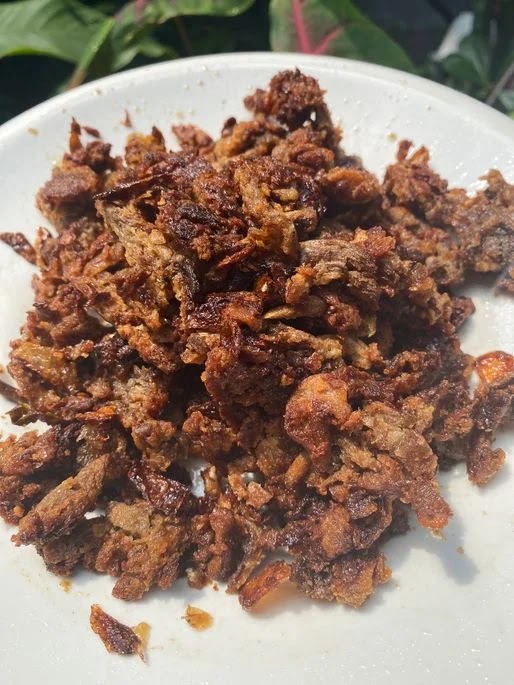 While it’s undeniably great with beer, I like to eat pork sisig with rice. As I grew older though, I began to be conscious of what I eat but I do give in to pork sisig from time to time. However, I still wished that there would be a healthier alternative to pork sisig.

Quite impossible, I thought at first because, well, meat is really difficult to replicate. it’s even more far-fetched if you think of a vegetarian-friendly sisig, which is an unlikely combination. Just the same, I thought that mushroom could be a close alternative to pork because of the former’s savory notes or umami taste.

That’s exactly the reason why I was intrigued by The Kabute Farm’s Mushroom Sisig when I saw it in my social media feed. I had to try it, I told myself, so I was glad when the brand reached out to me for me to sample its mushroom sisig.

What I liked in The Kabute Farm’s Mushroom Sisig

I do love supporting local businesses, especially the innovative ones that offer products of excellent quality. The Kabute Farm made quite a good impression on me when I saw how good its packaging is. Of course, the true test would come when we get to taste the mushroom sisig so I cooked a pack right away. 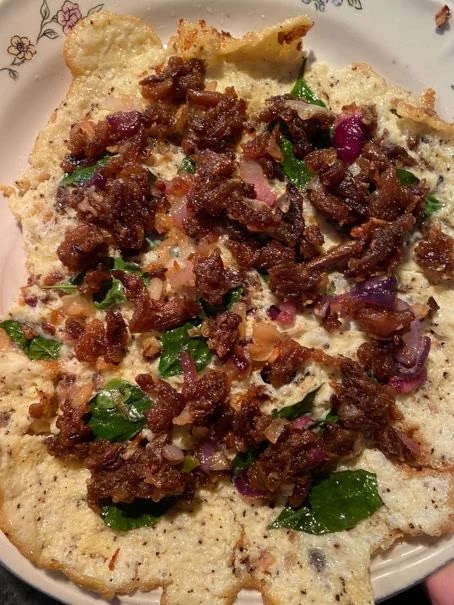 I toasted the mushroom sisig a little because I like it that way. It smelled really delicious when I was cooking it. It had onions and green chilies, just like regular sisig. When it was cooked, I excitedly put a spoonful of it in my mouth and I wasn’t disappointed. It had all the flavors I was looking for in sisig! My family also loved it.

On a different occasion, I cooked The Kabute Farm’s Mushroom Sisig without toasting it and it was still delightful to eat. It had a meat-like quality that would appeal even to meat lovers.

Some of the things that Filipinos will love about The Kabute Farm is that it's all-natural, MSG-free, preservative-free, cholesterol-free, lard-free, and non-GMO.

It uses vegetable oil so it’s vegetarian-friendly. It’s not vegan-friendly though because it has a small amount of egg in it. Because The Kabute Farm’s Mushroom Sisig is wholesome, we were confident in having our kids try it.

There are many sisig recipes that you can try but they are mostly meat-based. If you are looking for a vegetarian-friendly sisig recipe, then here is a simple mushroom sisig omelet that I made for breakfast. 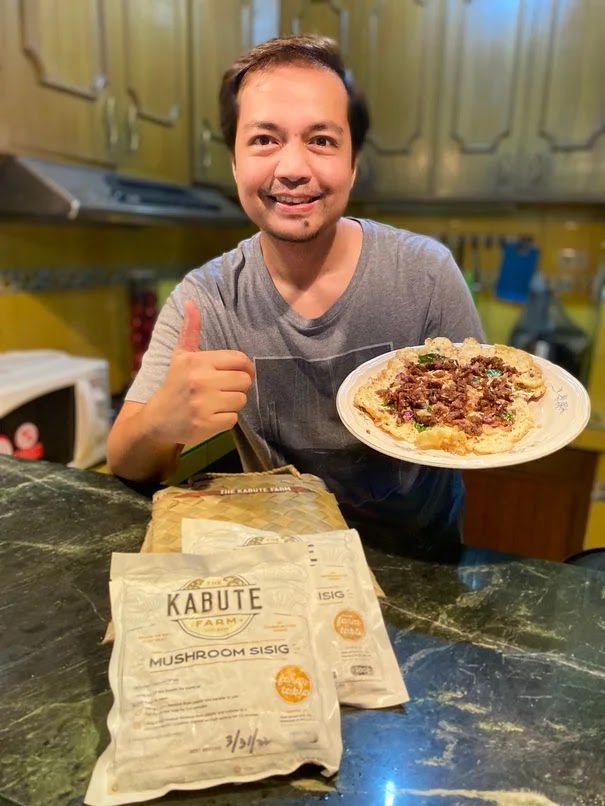 The onion, garlic, and basil or chili leaves are all optional.

For the kitchen equipment, you will need a frying pan, a spatula, a bowl, and a fork.

This is a kid-friendly version so I didn’t add black pepper. No need to add salt, too.


The Kabute Farm is made of healthy oyster mushroom

The Kabute Farm is made of oyster mushroom which is high in nutrients like niacin, Vitamin B5, folate, choline, potassium, iron, phosphorus, and zinc. Furthermore, the oyster mushroom is rich in antioxidants.


Where to buy The Kabute Farm’s Mushroom Sisig

You can only buy The Kabute Farm’s Mushroom Sisig online through its website or through Shopee. It’s not yet available in supermarkets and grocery stores.

The Kabute Farm’s Mushroom Sisig tastes like regular pork sisig but it’s a lot better than the latter because it’s made of wholesome ingredients. You can have it as is and cooked the way you like it or use it in simple recipes that the whole family will enjoy.

With The Kabute Farm’s Mushroom Sisig, you can go ahead and enjoy sisig without guilt.

You Can Now Get This IG-famous ‘Bomb Pie’ From FrozenMNL

10 minutes ago from Quezon City
Someone purchased

11 minutes ago from San Juan
Someone purchased

12 minutes ago from Muntinlupa
Someone purchased

13 minutes ago from Las Pinas
Someone purchased

14 minutes ago from Manila

We use cookies to ensure that we give you the best experience on our website. Kindly choose 'Accept' to let us know you're ok with this!